“We remain a minority in every country because of our ideas, music and attitude”

Τurkish post-punk icons She Past Away speak to 2020mag.gr and Giorgos Apostolou. 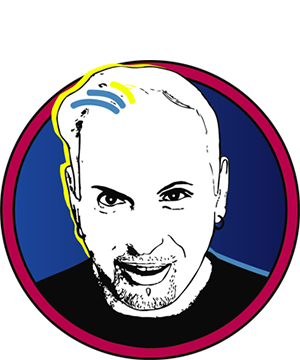 She Past Away is a Turkish post-punk band with huge international following, formed in Bursa in 2006 by Volkan Caner and İdris Akbulut (2006-2015) . Now they are Volkan Caner and Doruk Öztürkcan. Doruk was kind enough to speak with 2020mag.gr about their music, fans, their country and their connection with Greece.

2020mag.gr: Let’s start with the obvious. Hope you are both in good health and safe. How you guys are coping with the universal pandemic? Both as individuals and artists…

Doruk for She Past Away: Thanks, we haven’t caught the virus and got vaccinated recently. We dealt with the situation like everyone else, isolating as much as possible. Actually we were enjoying the first months of the pandemic like a school holiday. It was the longest period of staying home after 5 years of almost non-stop touring.

Many bands found extra time to record new music during the social distancing. What about you?
Yes naturally, there’s time but nothing else. New singles are on the way, and a new album should be coming this year some time. We made a few remixes during this period, one for Perturbator, one for Twin Tribes and "She" by Clan Of Xymox.

She Past Away lyrics are always very sentimental. Are sentimentality and fragileness still a topic these days and do you feel more aggressive or passive after that ordeal?
Well no change there, we are what we are 😊

You have, in many ways, special bonds with Greece and your many Greek fans. As a Turkish band that’s unique. Do you think art is still the best way for people to connect despite politics or it’s not enough?
Politics divide people, it’s their method. Music brings people together, that’s a natural result of arts. Our art definitely connects us to our Greek fans as well as the fans in other countries. We share a similar taste in music and related art trends.

What’s your perspective about the current political/social situation in Turkey, Greece and in general?
There’s a political situation but I don’t believe there’s a social one. Current politics is no different to what I have known in my forty odd years in life, it’s aggressive and dividing. Greek politicians are doing their best to show Turkey as “The Enemy”. That’s a best seller in Greek politics. However on the Turkish side, there’s not such an active propaganda against Greece.

Doruk, you lived in Greece until recently. Was it a pleasant experience and how it influenced She Past Away’s music and lyrics?
It was absolutely a pleasure experiencing Greece. A calm break from the Turkish reality but similar enough to feel home.  We played Greece every year between 2015 and 2020. Volkan visited few times for holidays and recording in Athens. Those times were always a boost to the morale.

What about Turkey’s rich culture in your music? Your songs are in Turkish, but they still resonate with people who don’t understand the language. That’s a major success not achieved by many bands in the world. I can reference Rammstein in German or Moonspell in Portuguese…
Our music does not sound local in any way. That’s in the beats, harmonies and instrumentation. We idolize the dark side of 80’s pop, which is post-punk, and wave with a grumpy face and less colors. Them idols are bands from Europe, Russia and Americas where we have influence right now. Volkan’s crafty and gloomy literature in Turkish is the cherry on the top for enthusiasts of these styles.

I guess you miss live performances. If you had to choose one, what’s the one you recall as your best or more significant so far?
We don’t want to compare, every city and country have their own flavor. However I must admit there’s always an outstanding vibe in Mexico City.

As a historic band, you are active since 2006, you combine dark wave with 80’s vibes, minimalism and elegant lyrics. Do you plan to change/alter or try new things who may surprise your fans?
Not at all 😊

About Turkey again. Was/is it hard to be She Past Away in a country so diverse and different in culture, politics, even geography? You encountered problems with your music, ideas and look/attitude in Turkey?
Surely it was hard to be She Past Away in Turkey. There was not enough appreciation or following until recently. Now it’s a little easier but we still couldn’t survive as artists if we haven’t had made it on to the international scene. We are aware that we fall into a minority in every country with our ideas, music and attitude. Realizing that, now we feel more tolerant to the reality of Turkey and the world.

Finally a message for your fans in Greece and the world regarding the future…
Turn off the news and social media ! Follow your instincts. And of course special regards to our Greek friends whom we hope to meet as soon as possible.

* She Past Away have a new single in 2021, “Excess” with Perturbator and they are working on their fifth studio album with the outstanding independent greek label Fabrika Records.

* Photographs: She Past Away, Marilia Fotopoulou